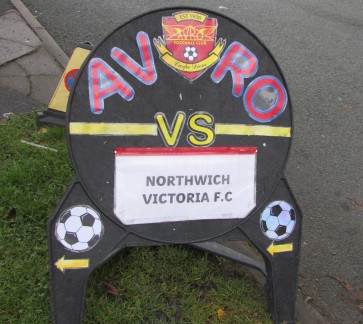 In an emotional week for the visitors fans, one which saw their ex-skipper, all-time appearance holder Kenny Jones pass away, their modern day heroes grabbed a win in the dying embers of a game that looked to be heading for a draw.

Until Vics took the lead in the midway through the second half I thought my 123 game run since my last 0-0 was going to come to an end. Keepers Latham and Reed had been equal to few efforts that had been goal bound and looked like they could deal with anything else the attacks threw at them.

Then as we looked to be heading for the dreaded 0-0 the game kicked properly into life, a corner for Vics at no go zone that is the South End was signalled by the assistant to have crossed the line. To be fair, he did little else wrong so I have no reason to doubt him. The goal credited to debutant Pollard. 1-0. 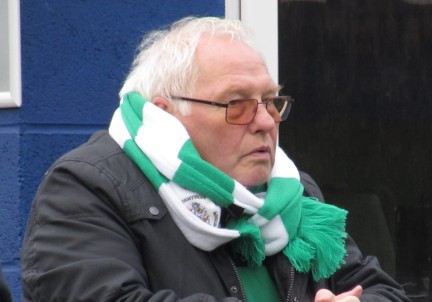 It took Avro 15 or so minutes to draw level, a free-kick awarded on the corner edge of the box was well struck by substitute Wallwork and somehow found its way into the goal at the near post, 1-1, could a winner be found? Yes we could, as we came to the end of the 90 minutes, another substitute grabbed the headlines, Clarke firing past Latham to give the Vics the win, 2-1.

Not that any legend should be a footnote, but I would like to add, Kenny Jones was the Vics skipper when they won the FA Trophy back in more glorious times in the 1980’s, played in nearly 1,000 games for the club. I am not sure we will see the likes of Kenny at most clubs ever again. 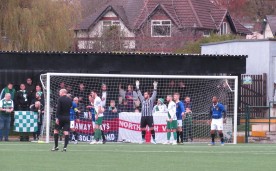 Moment of the Match: Vics fans singing all afternoon. Cheering their lads to victory.

Match Tunes: Soul Mining – The The